Diabetes – from the 1920s to new advances: 90th Anniversary symposium for the Postgraduate Medical Journal

Personalised medicine has evolved from the ethics of the Hammurabi Code and Hippocrates, judgements of the apothecary and uromancer, and good bedside manner, to modern application of genetics to guiding development, selection and monitoring of medicines. The Postgraduate Medical Journal was launched in 1925 in the era of the discovery of insulin and penicillin, pioneering examples of development and introduction of life-saving and life-changing medicines during the latter three-quarters of the 20th Century [image – Creative Commons by Computix].

A Symposium was organised in London on 1st October 2015 by the Fellowship of Postgraduate Medicine to mark the 90th Anniversary of its first official journal, the Postgraduate Medical Journal, with speakers including Professor Melanie Davies (Leicester) on progress in managing diabetes.

Professor Davies is Professor of Diabetes Medicine at the University of 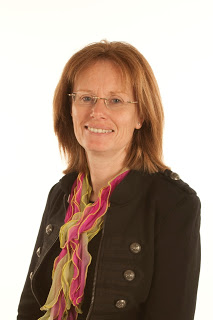 She is an NIHR Senior Investigator, one of only a handful in diabetes in the UK, Director of a Clinical Trial Unit, Director of the Diabetes Research Network in the South East Midlands and Principal Investigator I on a number of large global studies in the field of diabetes, obesity and cardiovascular disease.  She has been an expert for NICE on a number of its guidelines groups and has published over 300 original articles including in the Lancet, New England Journal of Medicine and the BMJ. She has over 350 published abstracts and 10 book chapters and co-edited the diabetes section in the ‘Oxford Textbook of Endocrinology and Diabetes’ in 2011.

Speakers on the day will commented on what medicine was like in the 1920s, current progress in their field, and what is in prospect over the next 90 years.